9 sources cited
NewMouth is reader supported. We may earn a commission if you purchase something using one of our links. Advertising Disclosure.

What is Magic Mouthwash?

Magic mouthwash is a type of oral rinse. It can relieve the symptoms of mouth sores and soft tissue trauma, such as burns. Doctors commonly prescribe it to help with oral mucositis, a painful side effect of head and neck cancer treatments.1

It’s a prescription mouthwash, and each formulation is different. But it typically contains a combination of active ingredients, including steroids, antihistamines, pain relievers, and antifungals.

It has other names, including Mary’s and Duke’s magic mouthwash.

Magic mouthwash contains various medications and active ingredients in different ratios. If someone has mouth sores, their doctor prescribes a specific ‘secret sauce’ or ‘recipe.’ A pharmacist then custom-makes (compounds) it.

Other ingredients may include:

How to Use Magic Mouthwash

Here are the steps for using magic mouthwash:

A doctor will prescribe a specific dosage of magic mouthwash. Your dose may depend on the type of mouthwash and the severity of your pain and mouth sores.

For example, in one specific magic mouthwash formula, a 240ml bottle contains:2

You may receive your mouthwash in small, individual dose containers or one large bottle containing multiple doses. The typical dose is around 30 ml.3

Depending on how well the mouthwash controls your symptoms, you may need to use it more or less often.

Magic mouthwash is safe for most people. However, it can cause side effects, including:4

As with any medication, it can also cause allergic reactions. Report any side effects to your doctor. They can change the dose or recommend another treatment.

Magic Mouthwash Cost and Where to Buy

Magic mouthwash costs depend on several factors, including your location, the pharmacy, and the product’s ingredients.

On average, expect to pay around $30 to $70 for magic mouthwash. In some cases, you may pay less with health insurance. But check with your insurance provider to check if it’s covered.

Magic mouthwash is prescription-level and is only available at compounding pharmacies, where pharmacists accommodate individuals with specific medication needs. Not all pharmacies compound medications, so ask your healthcare team to recommend a local pharmacy.

In some cases, over-the-counter (OTC) mouthwashes may help with a sore mouth. If you’re considering an OTC product, talk to your pharmacist. They will let you know if it’s safe to use with any other medications you’re taking.

Some top-reviewed options include:

These OTC options cost around $15 to $20. But remember that they’re not magic mouthwash and may not treat mucositis as effectively.

How to Make Magic Mouthwash At Home

Your doctor or dentist may suggest making a non-prescription version called “magic mouthwash lite.” It only includes OTC ingredients, such as diphenhydramine and antacids. Only try this if a healthcare professional provides specific instructions.5

The best time to buy new water flossers, electric toothbrushes, and tons of other dental products is now.

How Effective is Magic Mouthwash?

Almost everyone who has radiation for head and neck cancer and 1 in 4 people who have chemotherapy develop oral mucositis. Many people must stop cancer treatment because their mouth problems are so severe.6

This is why there is a desperate need for treatments that relieve pain and inflammation from oral mucositis. Using magic mouthwash is one approach, but the research about its effectiveness is conflicting.

A 2011 study evaluated if two types of mouthwash could prevent oral mucositis in people having head and neck radiation. The first was magic mouthwash plus sucralfate, a medication that treats and prevents intestinal ulcers. The second was benzydamine hydrochloride. The authors reported no differences between the two oral rinses.8

Overall, there isn’t enough evidence to confirm the effectiveness of magic mouthwash. But most people tolerate it well, which may help reduce some symptoms.

There are other treatments that doctors may prescribe for mouth sores. They include:9

If you have painful mouth sores, there are other things you can do to ease discomfort. These include:

Furthermore, you can try rinsing your mouth with a saline solution. You can make a saltwater mouth rinse by combining the following:

According to some experts, this saltwater rinse can be as effective as magic mouthwash in treating oral mucositis.5 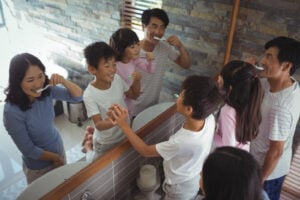 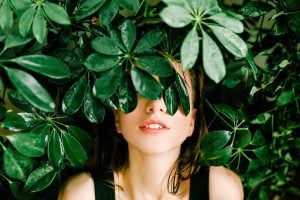 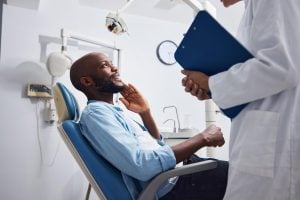 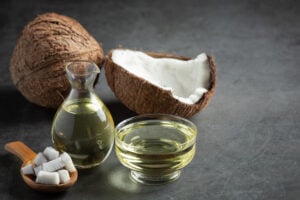 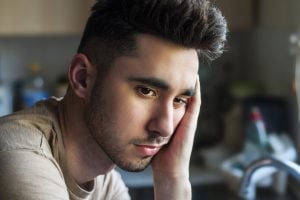 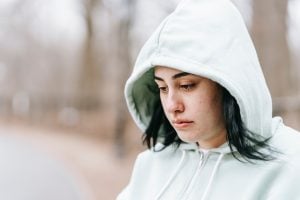 9 Sources Cited
Last updated on November 28, 2022
All NewMouth content is medically reviewed and fact-checked by a licensed dentist or orthodontist to ensure the information is factual, current, and relevant.

Zia Sherrell
Content Contributor
Zia Sherrell
Content Contributor
Zia holds a Master's in Public Health (MPH) from the University of Manchester and is an experienced health and wellness copywriter and digital health journalist. She has over a decade of experience covering diverse topics from public health to dentistry, nutrition, and biomedical science. Her mission is to empower and educate people about oral health through engaging, balanced, evidence-based writing. When she's not typing furiously, Zia enjoys traveling and chasing after her dogs.