What Happens If You Drink Mouthwash?

Mouthwash can be a helpful addition to a dental hygiene regime. It can help improve and maintain oral health.

However, most mouthwashes have several ingredients that can be harmful when ingested, so you shouldn’t drink them.

Even natural mouthwash products may contain poisonous ingredients if ingested in large amounts. Therefore, mouthwashes are meant to be spit out, not swallowed.

Some mouthwashes contain alcohol, and people suffering from alcohol addiction may also use mouthwash to get drunk. Doing so can cause serious harm.

Can Mouthwash Get You Drunk?

The alcohol content in some mouthwash fights oral plaque and bad breath. Although it does promote good dental hygiene, it can also get people drunk.

For example, some Listerine mouthwashes contain 26.9% alcohol, meaning they are 54-proof. This makes its alcohol content higher than most wine and beer, and some liquors.

Statistics show that 10 to 15% undergoing alcohol detox in a hospital have consumed non-beverage such as:

Even mouthwashes with a lower alcohol content than the original formula Listerine are still more toxic than a single beer. To compare, Scope and Cepacol contain 18.9 and 14% alcohol, respectively, putting them between 3 and 7-proof.

Mouthwash is accessible, cheaper, and has a high alcohol content. It’s also easy to hide and doesn’t have a distinct alcohol smell. Because of this, mouthwash can be a tempting option for people struggling with alcohol use disorder (AUD).

The Toxic Ingredients in Mouthwash

The ingredients in mouthwash that are toxic when consumed in large quantities include:

Each of these chemicals has properties that can be harmful to your body. They can poison you, disrupt bodily functions, or even damage internal organs.

Accidentally swallowing a small amount of mouthwash won’t harm you. However, ingesting larger quantities as a beverage can be extremely dangerous.

The dangers of drinking mouthwash are similar to the risks associated with consuming too many alcoholic beverages.

The alcohol in mouthwash contains chemicals that make it unpleasant and unsafe for human consumption. Ingesting large amounts of mouthwash to get drunk can lead to medical problems, including hospitalization and even death.

For example, it can disturb the body’s acid-base balance. The most severe consequences of drinking mouthwash include:

Symptoms of a mouthwash overdose or poisoning include:

If you suspect a mouthwash overdose, do not wait for symptoms to develop. Seek help immediately.

What to Expect in the Emergency Room

Before you head to the emergency room, take the container with you if possible. The provider will measure your vital signs, including temperature, pulse, breathing rate, and blood pressure.

Here are some tests that you might be asked to do:

Treatment for overdosing on mouthwash includes:

Depending on the results, you might be admitted to the hospital.

After a mouthwash or alcohol overdose, a patient will typically undergo alcohol detoxification.

Once the detox is complete, the patient will enter long-term treatment or rehab for alcohol abuse. The end goal is to maintain long-term sobriety.

Treatment programs for alcohol overdose include:

Mouthwash is a helpful addition to your dental hygiene routine. However, it isn’t safe to ingest.

There are several ingredients in mouthwash that can potentially harm you. It can cause significant internal damage and disrupt your body’s acid balance.

Why Does Mouthwash Burn? 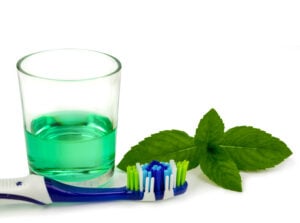 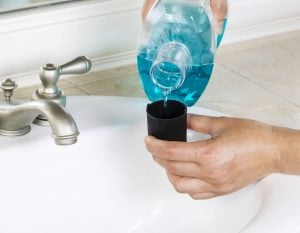 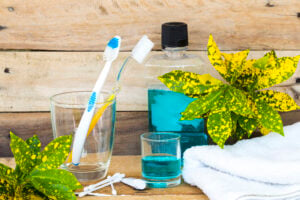 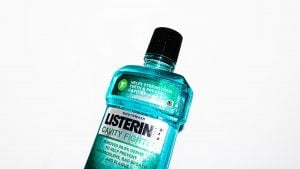 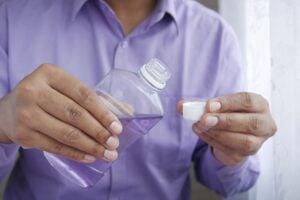 7 Sources Cited
Last updated on December 12, 2022
All NewMouth content is medically reviewed and fact-checked by a licensed dentist or orthodontist to ensure the information is factual, current, and relevant.