15 sources cited
NewMouth is reader supported. We may earn a commission if you purchase something using one of our links. Advertising Disclosure.

What are Oral STDs?

Oral STDs are sexually transmitted diseases that are spread through oral sex. These diseases can affect the mouth, throat, genitals, and other body parts.

Unprotected sex and having many sexual partners can increase your risk of getting an STD, including ones transmitted via oral sex.

Bacteria, viruses, and parasites that can be spread through oral sex include:1

Depending on the cause, an oral STD may cause a rash, sores, or discharge in or around the mouth, throat, and other parts of the body.

All STDs result from STIs, but not all STIs become STDs. Some infections are asymptomatic and are only detected by incidental medical testing.

HPV is the most common STI in the world. It’s estimated that 80% of men and women will have acquired it by age 45.2, 3

Most HPV infections come and go without causing trouble, being cleared by the immune system within a couple of years. However, some virus variants can produce serious symptoms, including cancer.

Some variants of HPV can cause warts (papillomas) to appear in areas such as:

Other variants of HPV, while not causing warts, are directly responsible for certain kinds of cancer. The vast majority of cervical cancers are caused by HPV. Most oropharyngeal (throat) cancers in non-smokers are also caused by HPV.

Cases of non-smoking-related head and neck cancers in men have risen over the past few decades. This is partly due to the prevalence of oral sex with multiple partners.2, 3

There is no specific treatment for HPV. Warts caused by HPV can be removed, though in some cases, they may come back. Like other cancers, HPV-related cancers can be treated with chemotherapy, radiation, and surgery.

Several vaccines are available for cancer-causing variants of HPV, but they don’t prevent symptoms in people who are already infected with HPV.

Chlamydia is the most common bacterial STI. It’s more likely to affect women than men. It may not cause any symptoms initially, and in many cases the immune system can clear it out. But it can have serious complications if left untreated.4, 5

Chlamydia often has no symptoms, leading many women not to seek treatment.4 But if symptoms are present, they may include:

Untreated chlamydia can lead to complications such as:4, 5

Chlamydia can be spread via any kind of sex, including oral sex.

Chlamydia can be treated with antibiotics, generally taken in pill form over a course lasting several days or weeks.

Gonorrhea is the second most common bacterial STI after chlamydia, and it’s especially common among young adults. It becomes resistant to antibiotics quickly, making treatment more complicated over time.6

Gonorrhea is often asymptomatic in women and symptomatic in men. If contracted from oral sex, it may affect the throat and cause inflammation (or a sore throat).7 When other symptoms are present, they may include:

Gonorrhea can be acquired through sexual contact, including oral sex. Sex workers, men who have sex with men (MSM), and people with multiple sexual partners are more likely to be infected.6

Unfortunately, new strains of gonorrhea have evolved in recent years that are resistant to many antibiotics.6, 7 However, many effective antibiotics remain available, and gonorrhea is generally curable.6

You should re-test if your symptoms don’t go away after a full course of antibiotics.

Herpes is a viral infection that often causes distinctive blisters, commonly known as cold sores. It can be transmitted sexually or through any contact with the blisters of an infected person.

This condition can be caused by two types of herpes simplex virus, known as HSV-1 and HSV-2.8, 9

The cold sores caused by HSV-1 and HSV-2 can affect:

It’s possible to be infected with herpes and never show any symptoms. Some people with the herpes virus experience occasional flare-ups of cold sores caused by stress and other factors.

Though rare, herpes can also cause an infection of the esophagus. It may result in difficulty or pain when swallowing and a fever.

Herpes can be spread by contact with a cold sore, including sex, touching, or kissing. It can also be spread when there are no visible sores or other symptoms.

HSV-1 and HSV-2 both cause lifelong infections which can’t be cured. Fortunately, they’re often asymptomatic or only flare up occasionally. Antiviral medications can help manage cold sore outbreaks.

Syphilis is a bacterial disease that can have a wide range of symptoms.

Syphilis isn’t as common or as devastating as it once was, but it still requires treatment. It can co-occur with HIV or AIDS.10

Syphilis is sometimes referred to as “the great imitator” because its symptoms can resemble other infections. These include:

These symptoms are referred to as primary and secondary syphilis because they tend to occur in the first few weeks after infection. The infection may become dormant, remaining in the body but not showing any more symptoms.

If syphilis is left untreated, many people with dormant syphilis will eventually develop tertiary syphilis, which can cause life-threatening heart, neurological, and other problems.

Syphilis can be spread through sexual contact with an infected person and from mother to child during pregnancy or childbirth.

Syphilis can be treated with antibiotics, usually a single dose of penicillin.10

Trichomoniasis, or trich, is an infection caused by a parasite called Trichomonas vaginalis (TV). Even though it may be as common as gonorrhea or chlamydia, it isn’t as commonly tested for.11

More than half of people infected with TV don’t experience any symptoms. When symptoms are present, they may include:

Trichomoniasis can also affect your throat if you’ve given oral sex to someone whose genitals were infected.12

Any kind of sexual activity could spread trichomoniasis. Smoking also appears to be a risk factor.11

Trichomoniasis can be eliminated with antibiotics, typically metronidazole or tinidazole.11, 12, 13

7. Hepatitis A and B

Hepatitis A and B are viral infections that cause liver inflammation.

Symptoms of hepatitis include:

The viruses that cause hepatitis can be spread through oral or other sexual contact, especially involving the anus. This is because the viruses are often found in fecal matter.14

Hepatitis A and B are likely to be cleared by the body’s immune system within a few weeks. Your doctor may recommend resting and avoiding sexual activity while it takes its course.

In some cases, however, hepatitis B can become a chronic infection, resulting in complications such as liver cancer.

Medications are available to help your immune system fight a chronic hepatitis infection. A vaccine is also available for hepatitis B.

The human immunodeficiency virus (HIV) is a virus that affects the immune system. Without specific treatment, it can lead to acquired immunodeficiency syndrome (AIDS), which can have severe complications.

HIV infection may cause flu-like symptoms at the time of infection or may show no symptoms for years. Over time, however, it can weaken the immune system, leading to AIDS.

HIV and AIDS can make it easier to become ill due to other infections, allowing complications to arise that wouldn’t otherwise be present. These can include several kinds of cancer.

AIDS can cause other systemic symptoms, such as fevers, sweats, and unintended weight loss.

HIV can’t be cured, but it can be treated with various antiviral medications.15

You can reduce your risk of acquiring an STI and avoid more serious symptoms if you’re infected by:

How to Test for Oral STDs

You can get tested for infections by asking your doctor or attending a clinic. There are different testing methods depending on what’s being tested for. These can include:

What’s the Outlook for STIs?

Some STIs are lifelong and can’t be eliminated, while others can be definitively cured with antibiotics. However, even lifelong STIs can often be managed with the right treatment.

If you get treatment for an STI as early as possible, you’re more likely not to have recurring symptoms. Some STIs, like HPV, are extremely common and may go unnoticed.

Various infections can be spread through sexual contact, including oral sex. Using protection during sex (including oral sex), limiting your number of sexual partners, and regular screening for STIs can all help reduce your chances of contracting an infection.

STIs can generally be treated, and some can be cured. Talk to your doctor if you notice any unusual changes or symptoms affecting your mouth, throat, genitals, or other body parts. 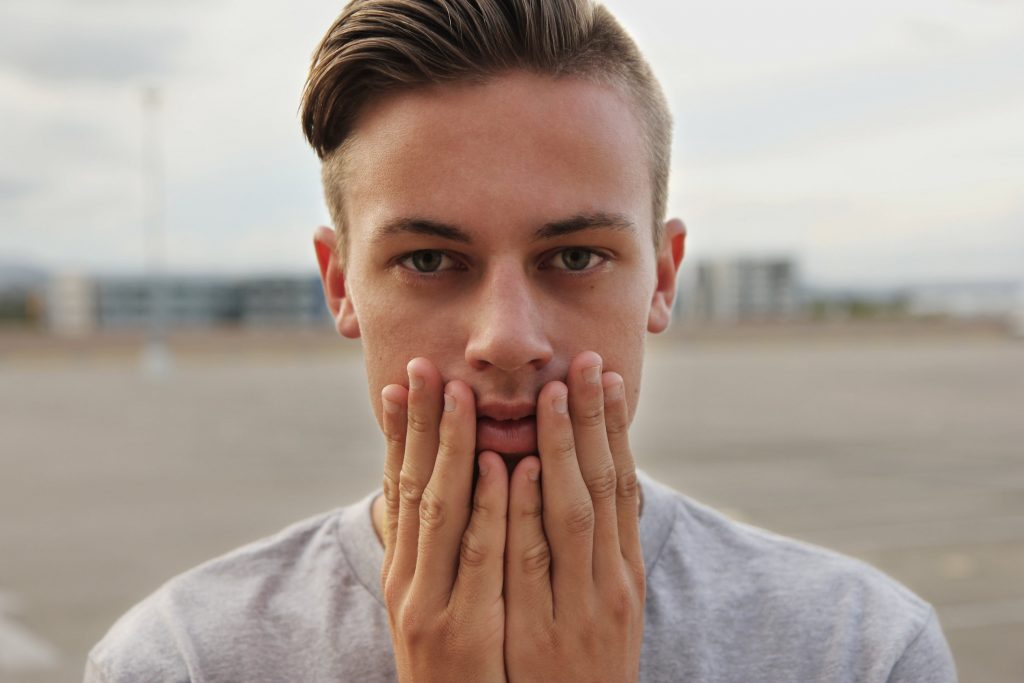 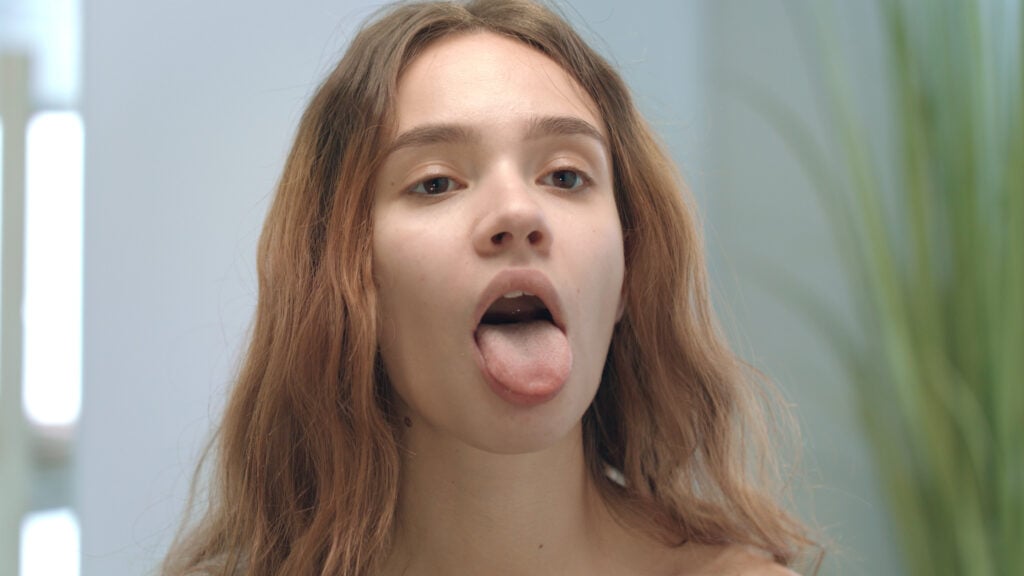 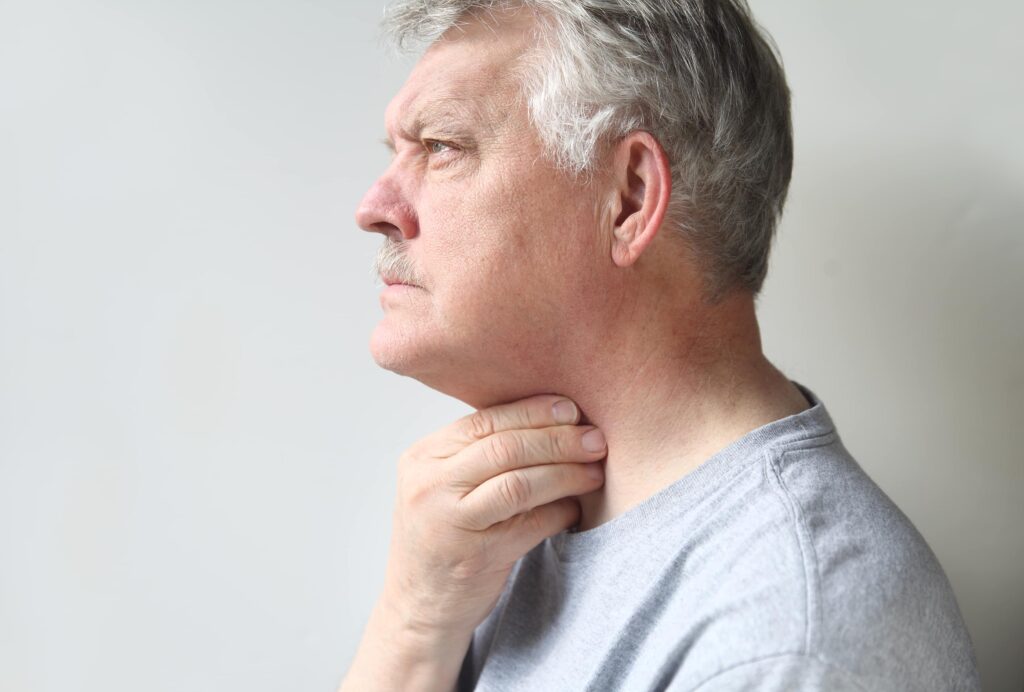 White Spots in Your Throat 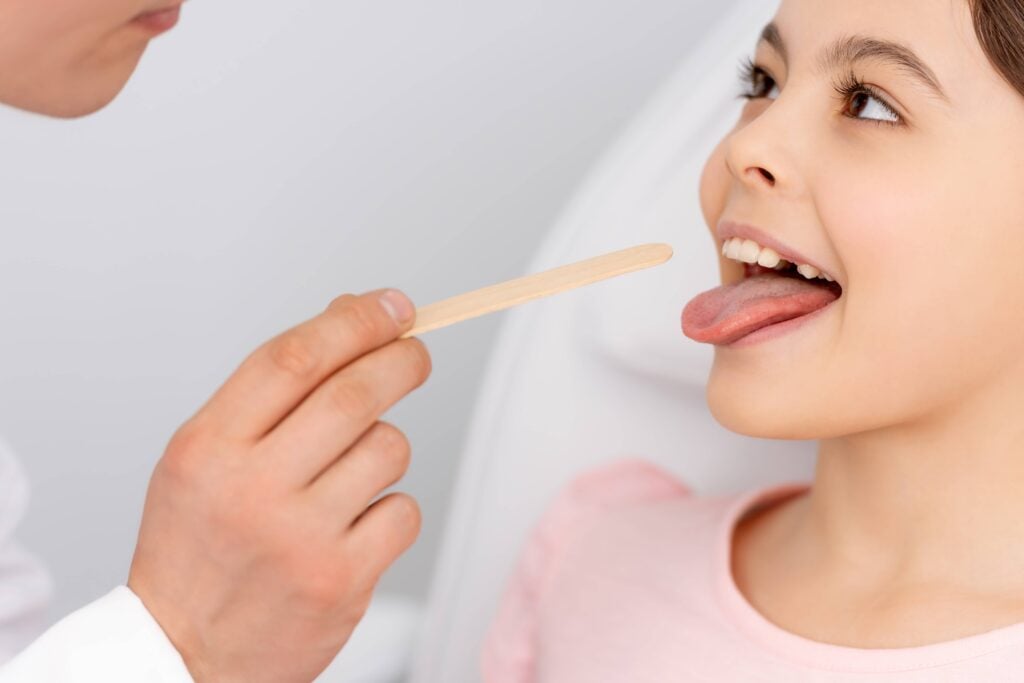 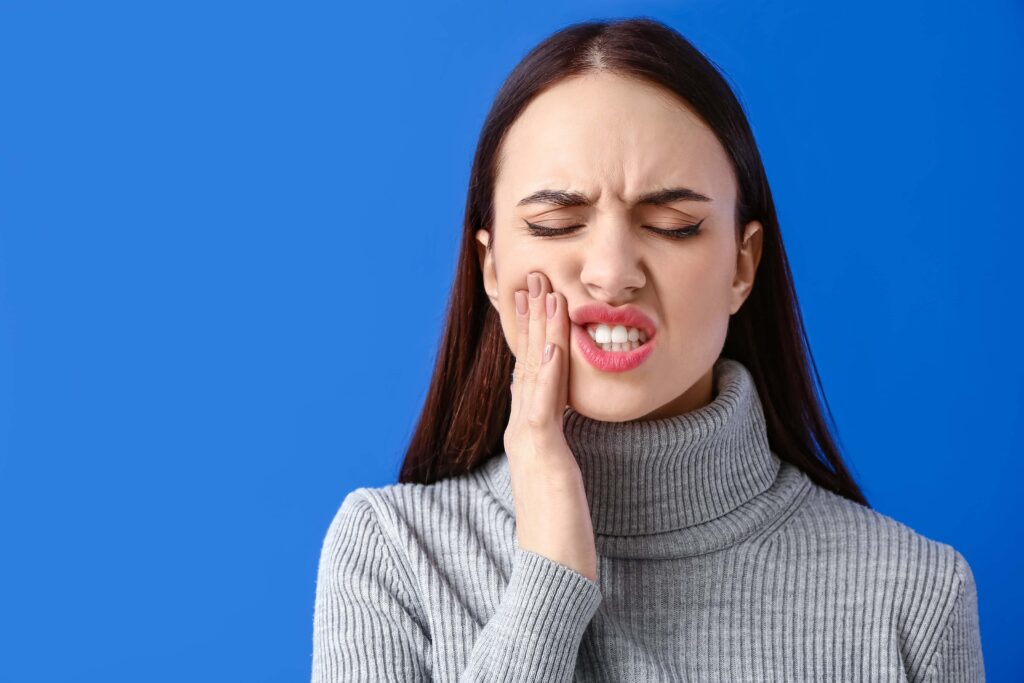 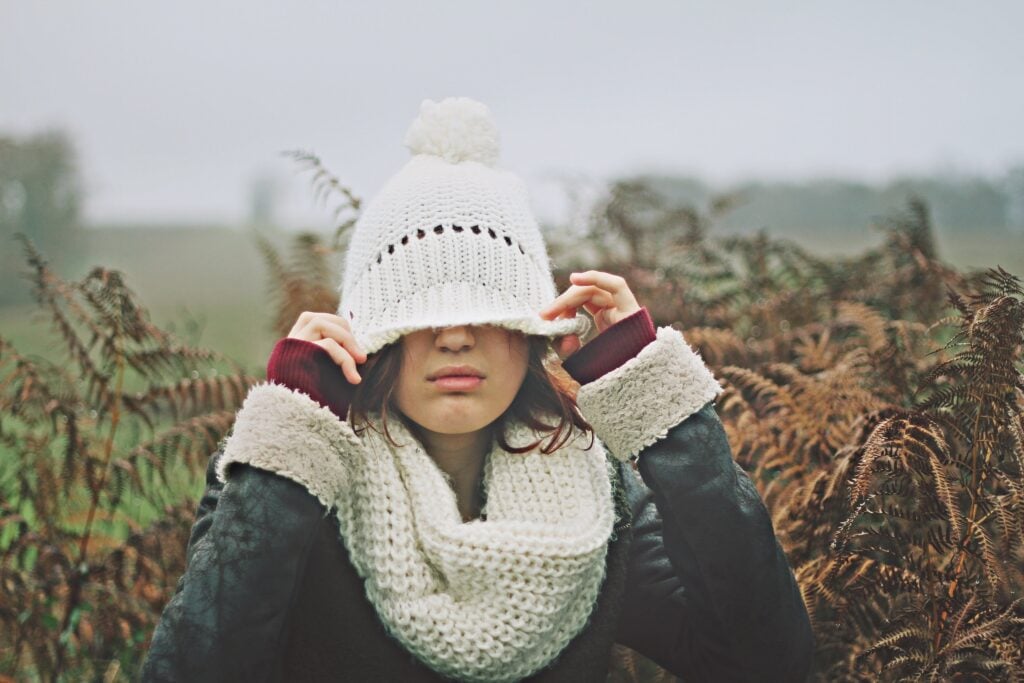 Types of Oral Cancer & Treatment Options
15 Sources Cited
Last updated on September 14, 2022
All NewMouth content is medically reviewed and fact-checked by a licensed dentist or orthodontist to ensure the information is factual, current, and relevant.