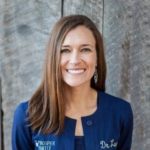 Gingivitis, also referred to as mild gum disease, is characterized by the inflammation of the gum tissue.

In gingivitis, the damage is reversible and the supporting structures of the teeth, such as your bones, are not permanently lost.

Gingivitis is the earliest stage of periodontal disease (PD), which is a severe form of gum disease that develops from untreated gingivitis due to long-term plaque buildup.

Periodontal disease permanently damages the gums and bones, and surgery is the only treatment option for this form of gum disease.

Gingivitis is completely curable in the early stages. The earlier your dentist catches gingivitis, the less likely periodontal disease will form or tooth loss will occur.

More than half of American adults are affected by gingivitis and the prevalence is even higher as people age. Children and teens are also at risk of developing gingivitis, especially during puberty.

Many people do not find out they had gingivitis until periodontal disease forms. This is because mild gum disease typically does not cause pain, show clear warning signs, or affect everyday life.

About 50 percent of adults aged 30 or older (65 million people) have signs of gum disease.

What Are The Stages of Gingivitis?

There are three stages of gingivitis:

As excess plaque builds up in the mouth, foreign bacteria and proteins are released. This causes an immediate response that results in the migration of inflammatory cells to the gingiva. These cells produce cytokines, which are small proteins that signal to other cells.

Some of the activated cytokines cause dilated blood vessels, which means they become porous and leaky in the infected area (gingiva).

Cytokines also tell other cells to create destructive proteins to help destroy bacterial cells. When these cells kill bacteria, they also damage healthy cells, which causes the tissues to break down.

Blood cell leakage occurs in the gingiva, which causes redness and swelling. Gingivitis forms as a result.

Gingivitis is the earliest stage of periodontal disease, also referred to as periodontitis. Many of the risk factors associated with both diseases are similar and preventable with lifestyle changes.

The primary causes of gingivitis include:

Smoking and Tobacco Use

Tobacco doesn't actually "cause" gum disease. However, it can contribute to it by causing dry mouth, which leads to more plaque buildup.

Smokers are seven times more likely to develop gum disease than non-smokers. Those who have never smoked tobacco have the lowest risk of developing gum disease.

Inconsistent brushing and flossing habits can cause gingivitis. Everyone should brush and floss twice a day to help prevent gum disease, cavities, and other oral health conditions.

Gingivitis forms due to the long-term buildup of plaque, which is a sticky film that coats teeth and contains decay-causing bacteria. When plaque is not completely removed, the gums become inflamed and irritated over time.

Pregnant women are most at risk because extreme hormonal changes occur during pregnancy. Puberty, menopause, and menstruation also cause gum sensitivity and inflammation.

Roughly 60 to 75 percent of pregnant women develop gingivitis. Gum disease can also be transferred from mother to baby, which may lead to low birth weight or preterm birth.

Poor nutrition makes it difficult for the body to fight infection, which puts people at a higher risk of developing gum disease.

Cancer, diabetes, and HIV make it difficult to fight off infections, including gum disease.

Dry mouth occurs when the salivary glands in the mouth do not produce enough saliva to keep the mouth wet.

This condition is often a side effect of aging. Medications, radiation therapy, and mouth breathing can also lead to dry mouth, and eventually gum disease.

Regular brushing, flossing, and professional teeth cleanings help prevent gingivitis, but there is still a possibility of formation even with proper dental care.

Common warning signs and symptoms of gingivitis formation include:

The best way to prevent gingivitis and more severe gum diseases is by brushing and flossing regularly, using mouthwash, and visiting the general dentist for professional teeth cleanings.

Since gingivitis is reversible, good oral hygiene is the best way to prevent the disease. There are three different outcomes for someone with gingivitis:

How Do You Get Rid of Gingivitis At Home?

If you have a mild form of gingivitis, you can treat the condition at home by brushing your teeth twice a day for at least 2 minutes at a time.

You should also floss regularly (at least once a day) and rinse with mouthwash to remove food particles. Your dentist may also recommend buying a prescription toothpaste for sensitive gums.

How Do Dentists Treat Gingivitis?

Professional teeth cleanings are the best way to treat gingivitis in a dental clinic:

The reversal of early gingivitis is relatively simple and focuses on the removal of plaque during professional teeth cleanings.

During treatment, a dentist, dental hygienist, or periodontist examines the patient’s teeth and cleans them with small instruments. These instruments remove plaque and tartar that a normal toothbrush cannot reach.

A gum massage can help reverse gingivitis if it is performed properly.

Gum massages increase blood flow to your gum tissue, which increases the circulation of nutrient-rich blood to the gums, thus reversing the effects of gingivitis.

Gingivitis does not typically hurt, which is why it often goes unnoticed and untreated.

However, not treating gingivitis early enough can lead to more serious issues, such as periodontitis (advanced gum disease).

What is the main cause of gingivitis?

The number one cause of gingivitis is poor oral hygiene from neglected daily brushing and flossing, as well as professional teeth cleanings.

Plaque buildup on the teeth eventually leads to gum inflammation, resulting in gingivitis.

How do you know if you have gingivitis?

If your gums are abnormally puffy, dark, swollen, or bleed easily when brushing or flossing, gingivitis may be present.

It is essential to visit your dentist for teeth cleanings every six months so they can catch signs of the disease early.

Can gingivitis make you sick?

Gingivitis can be reversed in the early stages. However, if it is left untreated, the risk of developing respiratory infections increases. Chronic obstructive pulmonary disease (COPD) and pneumonia are common.

Can gingivitis go away on its own?

Gingivitis can go away on its own if you practice optimal oral care at home. It is also important to get professional cleanings and dental check-ups. If you stop taking care of your teeth again, gingivitis can return.

Can gingivitis be caused by stress?

How do I know if I have periodontitis or gingivitis?

Gingivitis is a reversible and mild form of gum disease.

Periodontitis is the advanced form of gum disease that results from untreated gingivitis. The symptoms of gingivitis often go unnoticed because they do not cause pain or discomfort.

Can you get gingivitis with dentures?

If you do not clean your dentures regularly, gingivitis can develop under the gum line due to plaque buildup. The plaque can make your gums tender, inflamed, and more prone to bleeding.

Dr. Lara Coseo
Medical Reviewer
Dr. Lara Coseo
Medical Reviewer
Lara Coseo is a licensed general dentist with over a decade of experience in private practice. Dr. Coseo earned her Doctor of Dental Surgery degree in 2004 from Baylor College of Dentistry (now Texas A&M College of Dentistry) and her Fellowship in the Academy of General Dentistry in 2014. Dr. Coseo is an adjunct associate professor at her alma mater, instructing dental students in their pre-clinial laboratories. She is passionate about patient education and preventive dentistry. Because most dental problems are preventable and avoidable, she believes that everyone should have access to important, accurate dental information.