How to Use Crest White Strips

What are Crest Whitestrips?

Crest 3D Whitestrips are flexible, thin strips. They are coated with a whitening gel containing peroxide.

Crest strips fit your teeth' shape and keep the whitening gel in place against them using advanced seal technology to whiten the teeth for a brighter smile.

Learn about the safest ways to whiten your teeth.

How Do Crest Whitestrips Work?

To get the Crest Whitestrips to work, open the packaging pouch and remove the strip. Remove the strips from the plastic lining and place them on the teeth just below the gum line. Press gently for a good hold.3

Fold the rest of the strip behind the teeth to fit it into place. Wear the strips as stated on the packaging for the required time, then remove and discard them.

You can skip or miss a few treatments without affecting your whitening benefits. Do not try to use a strip more than once, as it will not deliver any whitening advantages. While there may be gel left on the strip when you remove it, most of the hydrogen peroxide will have depleted.

To determine if Crest Whitestrips are a good option, you should learn whether you are dealing with enamel or dentin discoloration. Enamel becomes discolored from staining (for example, if you drink a lot of red wine).

Dentin is typically considered the ‘inside’ of your teeth. Dentin becomes discolored from aging, trauma, poor nutrition, or smoking. Crest Whitestrips include peroxide to penetrate the dentin of your teeth.

Crest Whitestrips may reduce the appearance of teeth stains. However, gray teeth rather than yellow are less likely to whiten noticeably using peroxide-based whitening systems like Crest Whitestrips.

Avoid using Crest Whitestrips immediately before or after dental work, like dental fillings or dentures. Dental whitening strips will not whiten veneers, fillings, crowns, bridges, implants, or anything else aside from your natural teeth.

You should also have clean teeth before whitening so the gel is distributed equally.

Hydrogen peroxide is a common substance used to whiten teeth. This ingredient is often safe to use, as long as it does not permeate sensitive gum tissue.

Hydrogen peroxide in Crest Whitestrips is polarizing because the gel is exposed to the gums.

Some specialists consider sodium hydroxide, a pH-balancing ingredient, dangerous and toxic. Sodium hydroxide is considered caustic, which means it erodes whatever it comes in contact with.

Sodium hydroxide is often used in hair dye. Similar to over-dyed hair, teeth can be stripped from over-whitening.

Polyvinylpyrrolidone (PVP) helps to bind teeth to the strip. PVP is considered safe, so it won’t disrupt hormones or bioaccumulate.

Carbomer is also considered a safe chemical. It also creates an adhesive to help bind the strip to the teeth.

PEG-8 has been shown to cause hives in those with an allergy. Hives can appear on the cheeks, tongue, or gums.7

Pyrophosphate has been used in Whitestrips to act as tartar protection. However, studies have shown that pyrophosphate does not reduce tartar on teeth.8

Acrylates copolymer is a polymer that helps the strips to stay intact while whitening.

Acrylates copolymer is considered safe. However, sometimes it can be contaminated with other harmful ingredients that should not come in contact with the skin, eyes, or mouth.

Crest Whitestrips are safe for occasional use. But, if you do not use them correctly or use them too frequently, these whitening treatments may cause damage to your gums or teeth.

However, UV light, included in some teeth whitening kits from Crest, may cause severe tooth sensitivity. This sensitivity may fade within a few days to one week. UV lights do not seem to increase the whitening effect of peroxide further than a week or two.

UV lights with peroxide may adversely affect the pulp of your tooth. This could potentially lead to painful or uncomfortable toothaches or the need for a root canal in cases of severe, persistent sensitivity.

5 Possible Side Effects and Risks of Crest Whitestrips

The side effects of Crest Whitestrips include:

Crest Whitestrips work on the surfaces of teeth and often can not reach crevices. This could lead to uneven whitening.

If you use Crest Whitestrips too often, the enamel on your teeth can wear down. This can increase your teeth’s sensitivity and make you more susceptible to developing cavities.

Sodium hydroxide, an ingredient in Whitestrips, can erode teeth and irritate the soft tissue of your gums. This can damage your gums and lead to decay and disease if used too often.

If the enamel of your teeth deteriorates, the inner layer of your teeth (dentin) becomes exposed. This can cause sensitivity and make consuming hot or cold foods or beverages difficult.

5. Negative Impacts on the Oral Microbiome

Peroxide, an ingredient in Whitestrips, works to eliminate both good and bad bacteria. It is important to have good bacteria to keep your mouth healthy.

Leaving peroxide in your mouth for too long can disturb your oral microbiome.

How Often Can You Use Crest Whitestrips?

Always read the packaging of how many times a day you should wear Crest Whitestrips. This will differ by product and should be written in the teeth whitening instructions.

Some Whitestrips require one application, while others should be worn twice daily.

Usually, you should wear your home whitening strips for 5 to 45 minutes, depending on the product's strength. Read the instructions carefully and follow the directions for the best results.

3 Ways to Keep Your Teeth White After Using Strips

There are various ways to maintain your newly white teeth after treatment.

For the whitest teeth possible, prevention is essential. To stop teeth from aging prematurely and yellowing, practice good oral care. You should always drink water throughout the day and limit consumption of dark-colored foods and beverages such as red wine.

Try to avoid drinks that are likely to stain your teeth. If you drink sodas like cola, sip them through a straw to reduce the drink's contact with your teeth.

If you drink beverages like coffee, tea, red wine, or cola, always rinse your mouth after consumption as soon as possible to reduce the risk of stains. The same goes for foods that are likely to stain your teeth.

2. Use the Right Toothpaste

Be sure to brush your teeth with whitening toothpaste once or twice a week while using products to whiten the teeth. Use standard toothpaste for daily use. Using mouthwash daily can also help.

Daily flossing will also help keep white teeth in excellent condition. Make sure to practice a complete oral care routine, including twice-daily tooth brushing and daily flossing, as this is essential no matter what teeth whitening products you choose.

How Much Do Crest Whitestrips Cost?

Whitening Strips typically cost around $70 for a kit, but prices vary depending on the type of strips.6

Some whitening strips contain ingredients like the products used by dentists and remove stains below the tooth's enamel. Crest 3D Whitestrips Professional Effects can remove up to 14 years of teeth stains and offers expert-level whitening at around $69.99 for 20 strips.6

Crest 3D White Whitestrips Gentle Routine offers more subtle teeth whitening at approximately $44.99 for a set of 28 strips. They have the same ingredients used by dentists for in-office teeth bleaching. However, since the concentration is lower, the product is less likely to irritate sensitive teeth.6

Where to Buy Crest Whitestrips 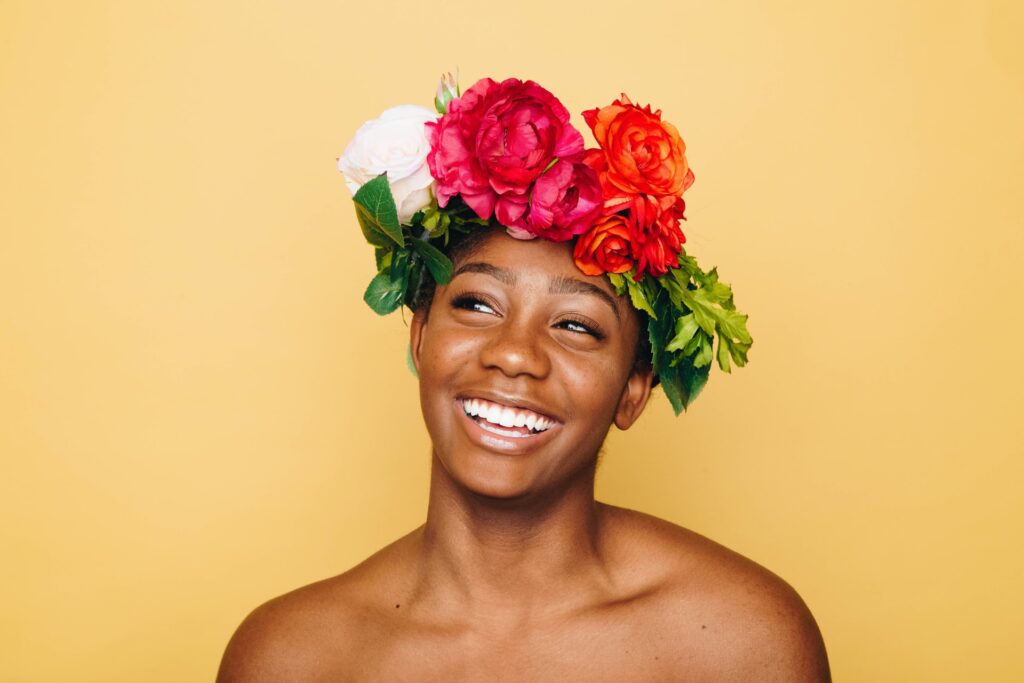 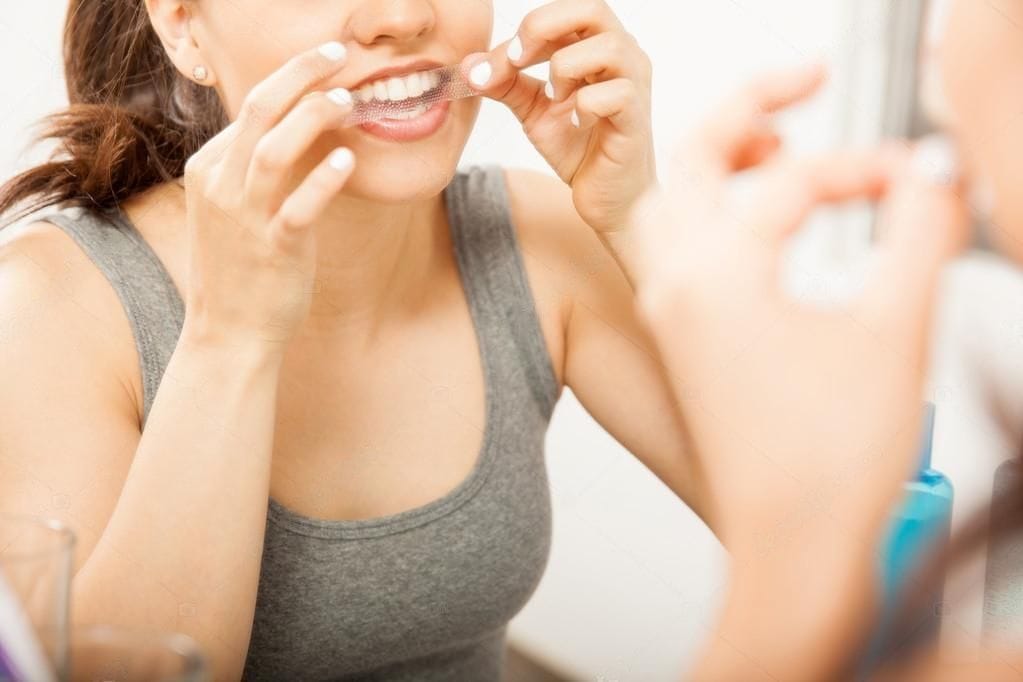 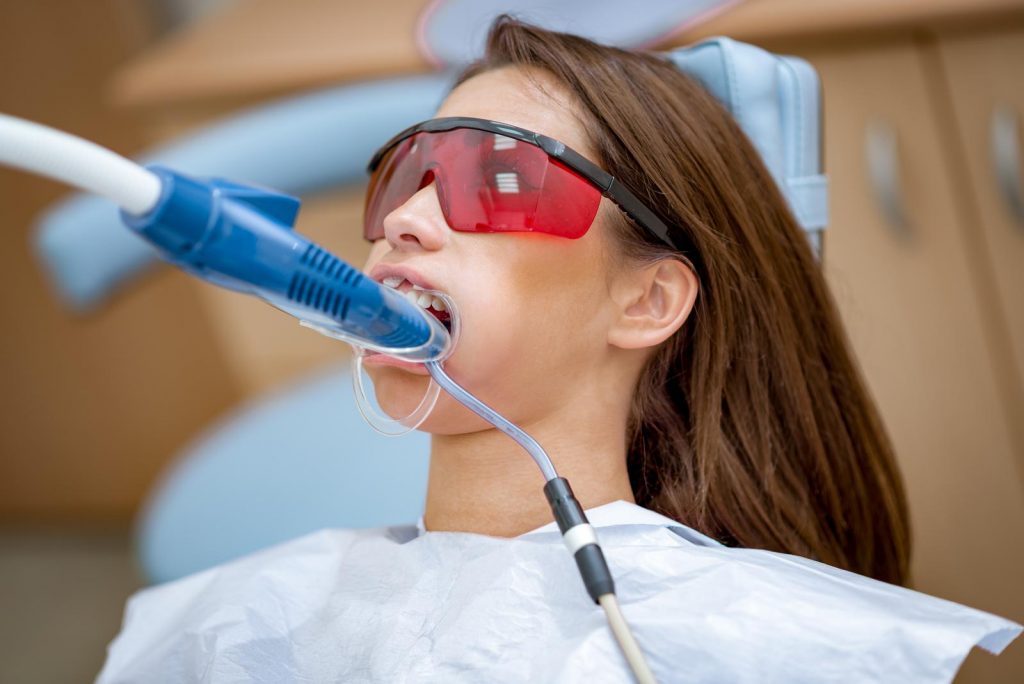 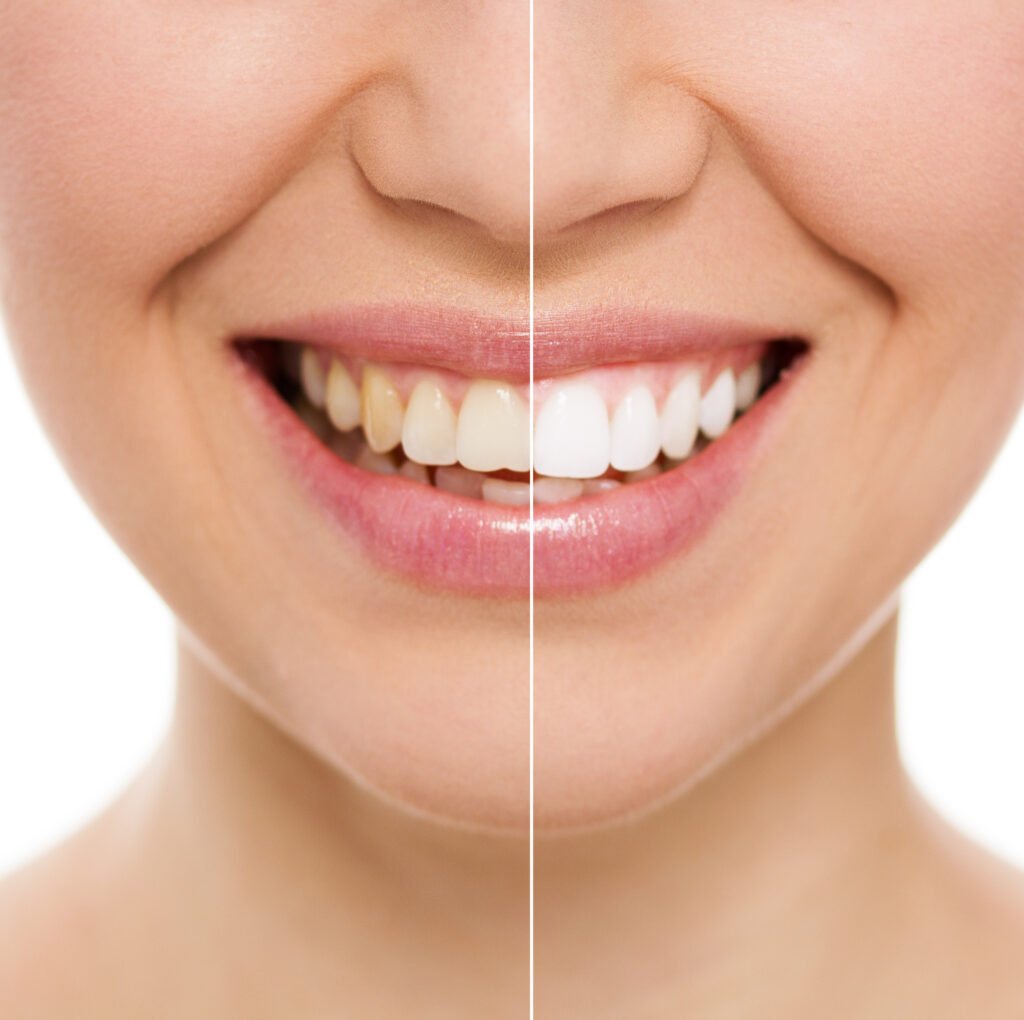 How to Whiten Teeth With Braces

Teeth Whitening Gel
8 Sources Cited
Last updated on September 1, 2022
All NewMouth content is medically reviewed and fact-checked by a licensed dentist or orthodontist to ensure the information is factual, current, and relevant.

Allison Manolis
Content Contributor
Allison Manolis
Content Contributor
Allison has a B.A. in Journalism & Media Studies from Rutgers University and is a contributing content writer for NewMouth. She has diverse experience writing about subjects in the dental and medical fields, with an emphasis on providing readers with clear-cut and fact-based information that is accessible and straightforward.