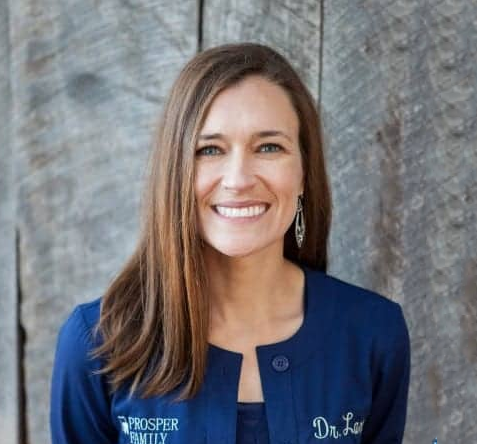 4 sources cited
NewMouth is reader supported. We may earn a commission if you purchase something using one of our links.

What is Pediatric Periodontal Disease?

Pediatric periodontal disease (PD), also referred to as periodontitis, is an inflammatory disease that severely damages the gums, jawbone, and surrounding tissues. The disease can loosen your teeth and eventually cause tooth loss if left untreated.

When the gums become severely irritated, they separate from the teeth and form deep spaces called “periodontal pockets.” Dental plaque moves into these pockets, which are too deep to clean with a toothbrush. Eventually, the build-up of subgingival plaque leads to extreme irritation, inflammation, and bleeding over time. These are all signs of periodontitis.

Periodontal disease is very treatable if it is caught early, the attachment loss is minor, and deep periodontal pockets have not developed. If the pockets have developed and bone loss has occurred, the disease is difficult to treat without surgery.

Common risk factors of severe gum disease in children and adolescents include:

Children, teens, and young adults who smoke or use tobacco are more prone to developing periodontitis. Those who have never smoked tobacco have the lowest risk of developing gum disease. Younger people are increasingly using e-cigarettes (vaping), hookah, and pipe tobacco more often than traditional cigarettes. These alternative forms of smoking are still very bad for your gums, teeth, and overall health.

Children and adolescents with crooked teeth have a higher chance of developing gum disease. Misaligned teeth are also harder to clean, brush, and floss regularly.

Poor nutrition does not cause pediatric periodontal disease directly. Eating sugary and processed foods results in the buildup of dental plaque and calculus. Without proper brushing, cleaning, and flossing, gum disease may develop later on.

Genetics also play a part in the development of gum disease. Up to 30 percent of the American population may be predisposed to periodontitis if previous family members had the disease.

Bruxism is defined as the habit of clenching and grinding the teeth, typically during sleep. Teeth grinding does not cause gum disease, but it makes the symptoms worse for those with periodontitis.

Dry mouth is an oral condition that occurs when the salivary glands do not produce enough saliva to keep the mouth wet. A common risk factor of untreated dry mouth is gingivitis, a minor gum infection, or pediatric periodontal disease (PD).

Puberty and menstruation can cause increased inflammation and gum sensitivity, which can result in PD over time.

There are a few different forms of periodontal disease that can affect children, adolescents, and young adults. The diseases range from mild, moderate, to severe:

Chronic periodontitis is characterized by a low to moderate progression rate that can involve periods of “rapid destruction.” The disease also causes loss of attachment and bone structure. Adults are more likely to develop periodontal disease than teens and children.

LAP is a rapidly progressive disease, resulting in attachment loss that is three times faster than the rate of chronic periodontitis. Dentists usually diagnose this disease in early adolescence. Without treatment, LAP can develop into generalized aggressive periodontitis (discussed below).

Generalized aggressive periodontitis (GAP) is a rapidly progressive form of PD that may affect all of the teeth. It results in severe damage to the periodontal ligament and alveolar bone. Generalized PD must also cause attachment loss between at least three teeth that are not the incisors (front teeth) or the permanent first molars (back teeth). Adolescents, teens, and young adults rarely get GAP.

With treatment, aggressive PD will not progress further. Sometimes, though, the damage cannot be completely reversed if the surrounding bones and tissues are lost significantly.

Common symptoms of GAP and LAP include:

Treatment Options for GAP and LAP

Treatment for generalized or localized aggressive periodontitis usually involves nonsurgical and surgical procedures, local therapy, and systemic antibiotics. Depending on the severity of the disease, common procedures include:

Scaling and Root Planing (Deep Cleaning) — also called “deep cleaning,” this procedure removes plaque and calculus above and below the gums. During the procedure, a dentist cleans and smooths the teeth roots to remove any remaining bacteria.

Gum and Tissue Graft — gum recession, which occurs when the gum tissues around the teeth wear away, leads to exposure of the tooth roots. As a result, the teeth look longer than they are, causing gum recession. Periodontists use gum graft surgery to cover the exposed roots and protect the teeth from decay and sensitivity.

Flap Surgery — also referred to as “pocket reduction therapy,” this surgery removes bacteria living under the gums. During the procedure, a dentist pulls back the gums and removes the calculus and plaque. Some space between the gums and teeth is also removed during the surgery to reduce further periodontal damage.

Bone Graft — bone grafts are necessary when the bone around a tooth’s root is permanently destroyed. The damaged bone is replaced with another bone from the patient’s body, a donated bone, or an artificial bone.

All NewMouth content is medically reviewed and fact-checked by a licensed dentist or orthodontist to ensure the information is factual, current, and relevant.

How Much Do Veneers Cost?

Are Veneers Worth It?

This site complies with the HONcode standard for trustworthy health information:
verify here.