Quip Toothbrush
Quip toothbrushes are affordable, are they worth it?

Can You Whiten Your Teeth at Home in One Day? 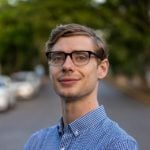 Do you wish your smile was brighter? You’re not alone. 80% of Americans aged 18 to 49 want whiter teeth.1 And they’re willing to pay for it. Collectively, they spend over 1 billion dollars on whitening each year.1

There are several options for teeth whitening treatments. But for those of you in a rush for whiter teeth, you’ll want to know which ones are the fastest (and safest).

Professional whitening treatment from your dentist will give you the fastest, safest results in one or two sessions. However, it will cost you around $400 to $1,500 per treatment session.

For those who want to whiten their teeth at home, your options include over-the-counter whitening products and DIY home remedies.

Several DIY whitening ingredients are being shared around the web and on social media.

But do any of these treatments deliver same day results? That depends on what kind of stains you’re trying to remove.

There are three types of stains that cause tooth discoloration:

Extrinsic stains are on the surface of your tooth. They are caused by substances coming in contact with your teeth. Often, plaque will build up on your teeth, giving these substances a sticky surface to stick to.

The most common causes of extrinsic stains are certain foods and drinks high in sugar, simple carbohydrates, acid, or tannins.

This is not a complete list.  Smoking cigarettes and chewing tobacco are also common causes of extrinsic stains.

Intrinsic staining happens inside your tooth. It can be caused by:

Intrinsic staining is harder to get rid of. Chemical whitening is the only way to get rid of this discoloration.

As you age, the outer layer of enamel on your teeth wears down. This exposes the second layer of your teeth, called dentin. Dentin has a yellowish tint and gives your teeth a discolored appearance.

Unfortunately, dentin cannot be whitened. If the cause of your discolored teeth is worn enamel, neither mechanical or chemical whitening will help. You’ll need to explore other cosmetic treatments, such as veneers.

Learn about the safest ways to whiten your teeth.

What Are the Best Whitening Ingredients?

Nearly every in-office professional whitening treatment uses one of these peroxide-based ingredients. Most over-the-counter products use them as well.

The main difference is that in-office treatment works faster. You can expect a brighter smile in one or two sessions. Plus, having a dentist apply the whitening serum is usually safer.

Over-the-counter whitening products are a safe and effective alternative that will give you results in one to two weeks.

The majority of DIY whitening home remedies lack any scientific backing. Most of the “evidence” is anecdotal, meaning someone has shared their personal experience. This is an opinion, which is not the same as scientific evidence.

Scientific evidence comes from studies that employ a large number of test subjects, a control group, and carefully monitored progress to produce data. This data then helps to support or counter a hypothesis.

DIY home whitening remedies that do not have any scientific evidence supporting their effectiveness include:

Baking Soda as a Whitening Agent

Baking soda is one of the only DIY whitening methods that has undergone scientific research.

It has been shown to have whitening properties.8 However, the whitening effects are drastically increased when hydrogen peroxide is added to the solution.9, 10

Baking soda can remove surface stains. However, it is not as effective as hydrogen peroxide.

A baking soda and hydrogen peroxide paste will give you whitening results, but the chances for side effects such as tooth sensitivity and gum irritation are high.

We recommend using over-the-counter whitening products or in-office treatment with a hydrogen or carbamide peroxide-based serum for safe, effective, and lasting results.

What Are the Best Over-the-Counter Whitening Products?

If you want to change the appearance of your teeth at home, there are four main types of over-the-counter whitening products:

At-home whitening kits are surging in popularity. They are affordable, easy to use, and produce great results in less than two weeks.

These kits include a mouthpiece with LED lights in it and a whitening gel. Be sure to choose one with a hydrogen or carbamide peroxide-based serum.

Teeth whitening strips are another affordable and effective at-home whitening treatment. If used correctly, they are safe and produce minimal side effects.11, 12, 13

Whitestrips are made from a thin, flexible plastic coated with a tooth bleaching agent. They are less expensive than LED whitening kits.

However, we recommend LED kits because whitening strips are difficult to place on your teeth. They cannot cover the tight spaces between your teeth. This can result in uneven whitening results.

Whitening toothpastes with an ADA Seal of Acceptance can help remove extrinsic (surface) stains from your teeth.14

However, they do not remove intrinsic stains and are much less effective than LED kits, whitestrips, and in-office treatment.

Whitening mouthwashes containing hydrogen peroxide can also help remove or prevent extrinsic stains. However, they are not as effective as LED kits, whitestrips, and in-office treatment.14, 15

Whitening toothpastes are best used in addition to another whitening method such as an LED whitening kit, whitening strips, or in-office treatment in order to help prevent new stains on your teeth.

Read our review of the 9 Best Teeth Whitening Products.

Can Any Whitening Treatments Work in One Day?

In-office whitening treatments, such as Zoom, are the only way to see significantly whiter teeth results in one day.

At-home teeth whitening treatments may give you instant results, but they will be slight. However, many of these products will give you noticeable, lasting results in less than two weeks.

These methods are not proven by science to give you white teeth. They may even be dangerous and cause damage to your teeth, gums, and mouth.

Michael Bayba
Content Contributor
Michael Bayba
Content Contributor
Michael is the lead content strategist and a head content writer at NewMouth. He has spent his entire career studying and evolving his research methodologies and content strategies. Michael strongly believes in creating free content for everyone that is based on the latest scientific research.

This site complies with the HONcode standard for trustworthy health information: verify here.